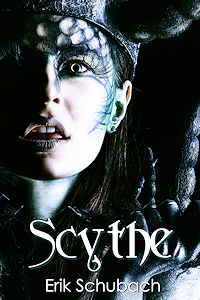 This paranormal short story follows Lischca Fonteneau, who takes an internship at the antiquities museum of the city she had finally settled in. She feels that she has finally ceased her lifelong wanderings.

Her boss, Kimoura Kaga, seemed hauntingly familiar to her and she couldn’t place exactly why.

Lischca believes she is finally rid of the curse that had hounded her since the day she became an adult. But the powers that be had other plans for her.

She must face a literal demon,ruining her own chances of living her life as a normal person, and putting her newfound job in jeopardy.

But could Kimoura be harboring a secret as well.
Scythe is available at the following retailers...
eBook